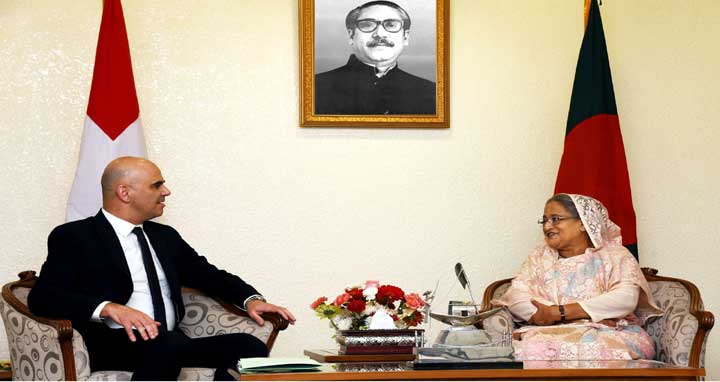 Dhaka, 5 Feb, Abnews: Prime Minister Sheikh Hasina held discussion with President of the Swiss Confederation Alain Berset at her office on Monday.
The one and a half hour long meeting began at 3 pm following a tete-a-tete between Hasina and Berset.
A joint press statement was issued after the meeting, reports the UNB.
President Berset arrived here on Sunday on a four-day official visit, the first official visit by any Swiss president to Bangladesh.
He would visit Rohingya camps in Cox’s Bazar district tomorrow.
ABN/Adrian/Jasim/AD