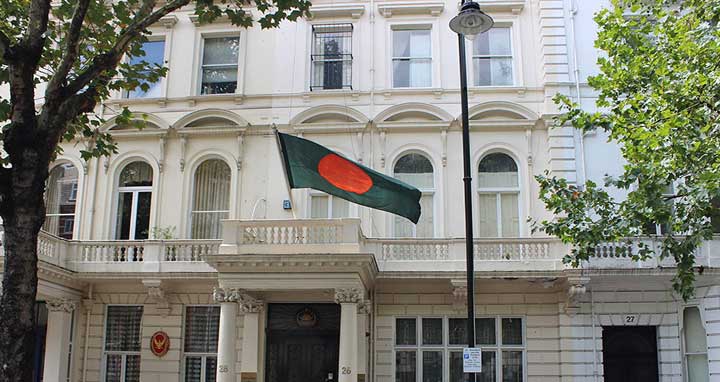 Dhaka, 8 Feb, Abnews: Supporters and activists of Bangladesh Nationalist Party (BNP) vandalized the Bangladesh High Commission in London on Wednesday.
The BNP activists went the High Commission for submitting a memorandum. They later got enraged and forcibly entered the house.
Foreign minister AH Mahmood Ali confirmed the matter at a press conference at the foreign ministry in Dhaka on Thursday.
“In the name of handing over a memorandum, they forcibly entered the High Commission premise, attacked the staff and vandalized High Commission properties,” he alleged.
Such acts and violent attitude make the country loses its image abroad, he added.
At least one got arrested in this incident, London sources confirmed.
ABN/Adrian/Jasim/AD