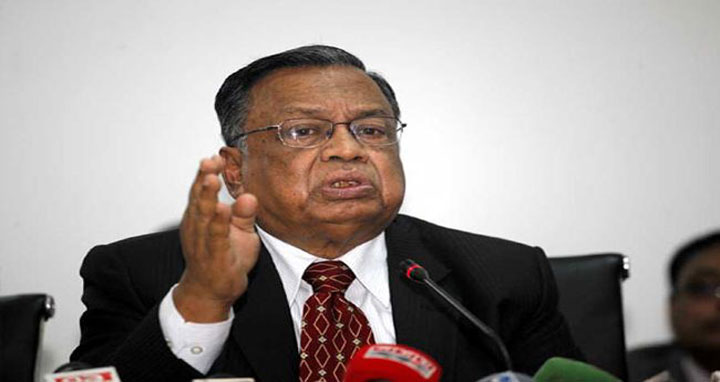 Dhaka, 8 Feb, Abnews: Foreign Minister AH Mahmood Ali today said the attack on Bangladesh High Commission in London was a virtual attack on Bangladesh while Dhaka sought British police actions against its perpetrators while he attributed the assault to expatriate BNP activists.
"Such violent and unruly acts have severely tarnished Bangladesh's image abroad . . . it is virtually an attack on Bangladesh," he told a media briefing as a reporter drew his attention to the overnight raid.
He said the video footage of the attack assaulting employees and damaging property in the high commission was handed over to British police for punitive actions against the culprits
Earlier reports said a group of BNP's UK unit activists stormed into the high commission yesterday afternoon on the plea of handing over a memorandum to the Bangladesh high commissioner on the current political developments in Bangladesh.
"Suddenly they launched attack on the mission employees and vandalized properties there," Ali said quoting a statement issued by Bangladesh high commission in London.
The statement said damage of high commission's property is tantamount to damage of the property of the country as Bangladesh high commission represents Bangladesh in London.
The high commission strongly condemned the barbaric acts and described the incident as unfortunate and shameful.
According to media reports, a group of UK unit of BNP supporters carrying banners and placards gathered the Bangladesh High Commission premises yesterday afternoon ahead of the Khaleda Zia's corruption trial verdict.
Suddenly they entered the high commission office and vandalized the photos of Prime Minister Sheikh Hasina and Father of the Nation Bangabandhu Sheikh Mujibur Rahman.
London Metropolitan Police, however, arrested one Nasir Ahmad, the UK Chapter President of Jatiyatabadi Swechchhasebak Dal from the scene.
The vandalism took place when the police let only one of the protesters in to submit the memorandum, but 10 to 12 of them forced their way into the high commission. Besides, the high commission was sending a note verbale to the diplomatic protocol office, narrating the incident with 'high security concerns. – BSS
ABN/Adrian/Jasim/AD