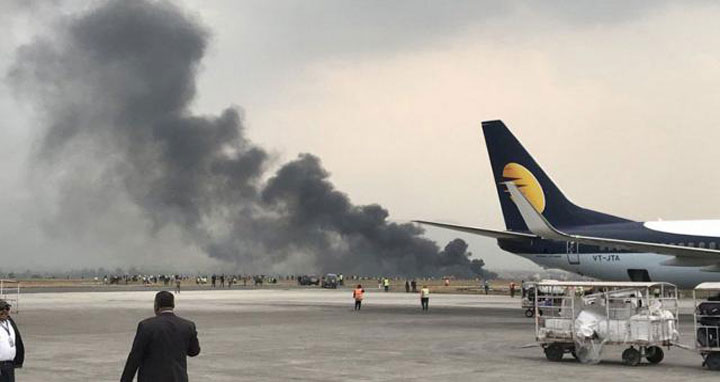 Dhaka, 12 Mar, Abnews: An aircraft of US-Bangla Airlines from Dhaka to Kathmandu crashed at Tribhuvan International Airport in the capital of the Himalayan country on Monday.
Md Kamrul Islam, General Manager (GM), Marketing Support and PR of US-Bangla Airlines, confirmed about the accident.
The TIA authorities fear casualties but the details are sketchy.
Seventeen passengers have been pulled out so far and rushed to the hospital, according to airport officials.
According to TIA spokesperson Prem Nath Thakur, the aircraft caught fire after it careened off the runway during landing and crashed onto a football ground near TIA. The aircraft with call sign S2-AGU took off from Dhaka and landed at TIA at 2:20 pm.
The plane can reportedly carry 78 passengers and firefighters were at the scene trying to extinguish a fire, BBC reported quoting local news site My Republica.
The plane from US-Bangla, a Bangladeshi airline, went off the runway while landing and crashed on the east side of Tribhuvan International Airport's runway, the Kathmandu Post reported.
ABN/Adrian/Jasim/AD