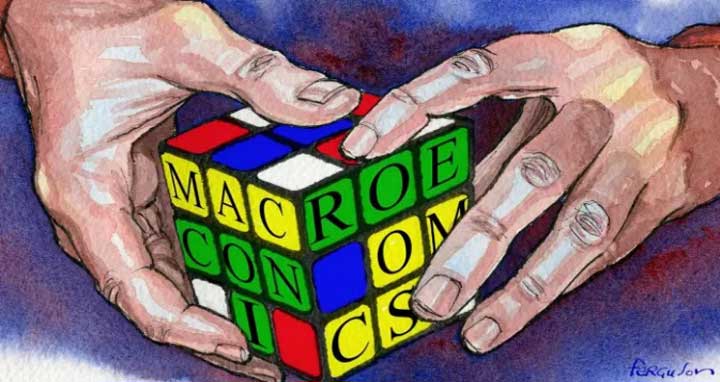 Miranda Green: Who is to blame for the long, slow, painful journey from the financial crash to global recovery? In this week's column, Martin Wolf argues that the discipline of economics has a lot to learn from its failures both during and after the global financial crisis a decade ago.
The profession was caught unaware and now needs to rebuild, Martin argues. It is not enough to say that the model works in normal times. We need also to understand the risks of crises and what to to do about them.
The basic Keynesian remedies — a strong fiscal and monetary response — remain right. And you can find that view confirmed by contrasting the policies pursued by the US after the crash with those followed in the UK and eurozone. “This recovery really has not been a triumph,” Martin concludes. And furthermore, fundamental macroeconomic theory suggests substantial ignorance of how our economies work, which is far from reassuring.
The suburban doughnut: Sarah O’Connor argues that living costs in thriving cities worldwide are increasingly pushing ordinary, low-paid workers out into a doughnut of affordable housing. From here they commute to jobs in the centre in what has been called the “suburbanisation of poverty”. In the long run, this makes cities unlivable — even for the well-off, who need these workers nearby.
A fix to protect data: Julia Apostle writes that the Facebook data-harvesting affair should unsettle us. The answer to our current lack of control over our personal information online could be “self-sovereign identity,” where individuals control the data elements that form the basis of their digital identities, rather than centralised authorities such as governments and private companies.
Hungary’s brooding history: From Budapest, Frederick Studemann reflects on the political atmosphere in eastern Europe. Citizens of several nations, including the Hungarians, have embraced the nativist right. At a pre-election rally for Victor Orban, Fred listens to Hungary’s prime minister spell out the contemporary relevance of a tumultuous past. – Financial Times
ABN/Adrian/Jasim/AD