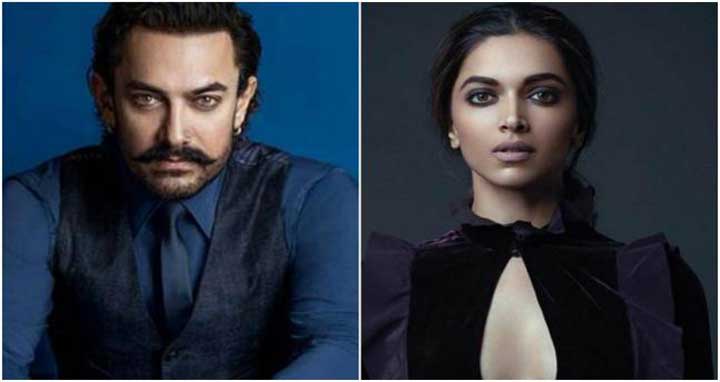 Dhaka, 30 April, Abnews: If reports are to be believed Aamir Khan is keen to bring the Mahabharata alive on celluloid, and he wants nothing but the best for his ambitious project. It is being said that he is willing to dedicate a few years of his life to the adaptation, which is reportedly being made on a staggering budget of Rs 1000 crore.
Deccan Chronicle reports that Aamir has been very vocal about his desire to cast Deepika Padukone as Draupadi. However, after the controversy which plagued her film Padmaavat, it is not known whether Deepika Padukone will give her nod to another epic.
An insider is quoted as telling the publication, "Aamir's Mahabharata will be the most expensive mythological film ever made in this country. It's Aamir's dream project and only A-listers will be cast. Deepika is the natural choice for Draupadi as she has that grace and grit. But, after Padmaavat, Deepika is bound to be wary of doing another film that could easily snowball into a controversy."
Aamir and Deepika have never worked together before, and it would be interesting if the two come together for Mahabharata, which is easily the Dangal actor's biggest project (in terms of scale and budget) so far. However, it remains to be seen if she is once bitten, twice shy after the Padmaavat row. – India Today
ABN/Adrian/Jasim/AD