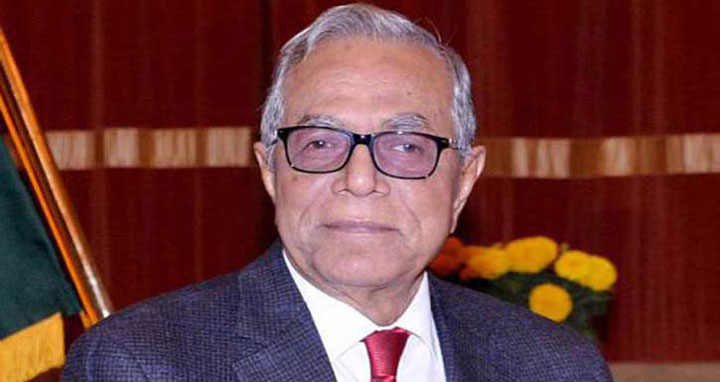 This will be Abdul Hamid’s first visit to Tungipara after being elected as President for second term.

According to a faxed massage sent by the President’s protocol officer to Gopalganj deputy commissioner, a helicopter carrying the President will land at Tungipara helipad at 1:10pm.

During his visit, President Abdul Hamid will pay respect to Bangabandhu by placing wreaths at his mazar (Mausoleum of the Father of the Nation) and offer fateha and a special munajat seeking eternal peace of the departed soul of Bangabandhu.

He will also be given a guard of honour there by a smartly turned out contingent of three forces.

The President will leave Tungipara at 2:10pm.

Apart from members of police, RAB and detectives, plainclothes police will be deployed in the important points.