Opinion: Preparing for job season
Opinion: No peace for Korea 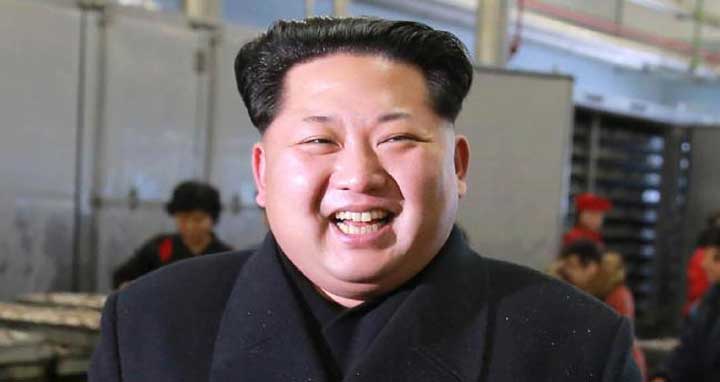 Dhaka, 9 September, Abnews: According to a recent survey, more than two-thirds of Germans are afraid of US President Donald Trump's policies. It would be interesting to know whether Kim Jong Un shares this view.
In any case, the North Korean leader does not appear to have sufficient confidence in America's president to have already begun with the process of nuclear disarmament. Overall, the situation on the peninsula is more relaxed than it was a few months ago. But, of course, nothing has substantively changed.
Caught in the middle
South Korea is doing all it can to transform the improvement in relations between Seoul, Pyongyang and Washington into practical policies. South Korean President Moon Jae-in has said he runs the risk of being crushed between the political top dogs on both sides.
Kim Jong Un wants to entice South Korea away from America. Washington, on the other hand, has more than just security interests in mind when it comes to the Korean peninsula. On the contrary: Trump seems to sense freeloaders everywhere — even among allies like South Korea — who want to exploit America for their own advantage. It can't be said, then, that there's a unified policy toward North Korea.
Peace prospects remain dim
The same old problem remains. North Korea has been talking about "denuclearization," but it doesn't take much imagination to realize that Kim Jong Un defines this concept very differently from Trump and most of the rest of the world.
Kim believes he needs nuclear weapons to deter America from launching a military attack on his country. No peace treaty will free him from this obsession. Nuclear weapons have also increased North Korea's prestige in the world. After the nuclear tests of recent years, the regime is no longer seen as (only) an oddity with criminal modes of governance.
On Sunday, in a largely isolated international setting, Kim Jong Un will celebrate the 70th anniversary of the founding of North Korea. But it's questionable whether this status quo can be sustained for long. Whether the country in its present form is still around to mark its 80th anniversary is up to Kim's regime.
Nuclear weapons are an important bargaining chip that should be used wisely in negotiations. What price is the world prepared to pay for disarmament? For the time being, the prospects of real peace for Korea remain dim. – DW
ABN/Adrian/Jasim/AD