How to reduce workplace noise level

Mood-boosting foods to make you happy

How to redesign you old clothes 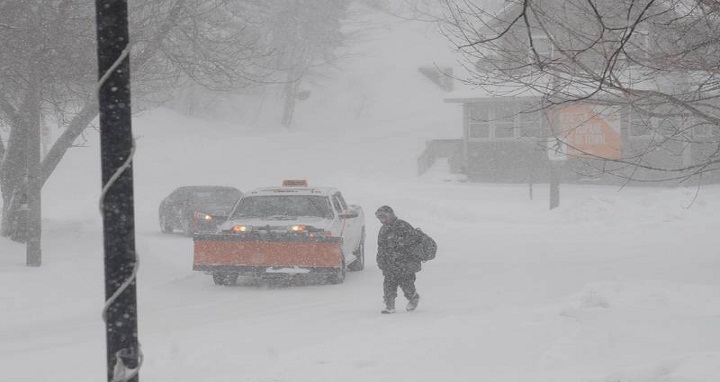 Flora Jean Thompson: I was so happy to hear Leslie Smith was granted the 3.5 hours of pay after being unable to get to work in during bad winter weather (The Guardian, Sept.20, ‘Man wins five-year battle over lost pay during P.E.I. snowstorm.)
So many people feel so powerless when it comes to money owed to us.
I had two similar incidents when I worked for the provincial government as an LPN.
After moving back to P.E.I. from Ontario in 1982, I took the LPN refresher course. I worked at many different places on-call because I could not get a full-time job. The one place I did get part-time work was at Beach Grove. I was there for six months as an LPN and got a small pension. It came to about $700.
I decided I would just take it out but “the powers that be” would not allow me to do that. After a lot of paper work from another province, the government part of the pension was put into an RRSP. At the time, I got daily interest because their part was about $350 or under $500. I asked to top it up to $500 for better interest but I was not allowed to do that.
At age 63, I was not told I could now top it up. So, at 65, I received $416. The money was in the bank for about 20 years. I complained to the bank and received a small cheque from them after they estimated the two years interest, when it could have been topped up. When you are poor, have little security or power this type of thing happens.
After leaving Beach Grove Home, I was welcomed at the Eric Found Centre. I loved the friendly staff and great co-workers. However, I did not have any dental or medical benefits on-call. I did get one paid sick day every 17 shifts that I worked. I rarely took sick time because I needed the money so I worked even when I was sick. Eventually, I had accumulated between 55-57 sick days over a span of eight years between the Found Centre and the P.E. Home, after amalgamation.
For the first time in my life, at age 50, I was very sick and needed surgery. I told the girl in the office I needed to take the sick time that was owed to me and asked about the paper work.
She said, “You have to be scheduled to take the sick time.” They could not schedule me because I was too sick to work. A clause in the contract prevented me from taking the sick time that I had accumulated over eight years. Quite a loss of money.
Again, when you are poor, have little security or power this type of thing happens to the common worker like me. I was absolutely crushed by the wording both in the pension and the sick time that prevented me from having what I believed was rightfully mine.
How many other people endure the pain from the injustice within government and unions contracts? Most of us do not have the money or power to fight a system that hurts the front-line workers.
ABN/Adrian/Jasim/AD