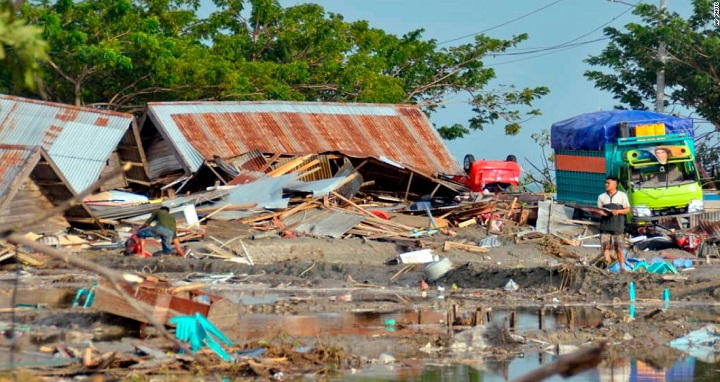 Dhaka, 3 October, Abnews: The number of people known to have died in Friday's earthquake and tsunami in Indonesia has risen to 1,347, disaster response officials say.
The death toll rose to almost 1,400 on Wednesday with hundreds of people unaccounted for.
To add to the woes of Sulawesi island, on Wednesday morning the Soputan Volcano in northern Sulawesi erupted, spewing volcanic ash up to 4,000 metres into the air.
No casualties have been reported and authorities rushed to point out that footage going viral online, showing rivers of red lava consuming houses purported to be from the Soputan crater, was a hoax.
The 7.5-magnitude quake struck just off the central island of Sulawesi, setting off a tsunami that engulfed the coastal city of Palu.
Aid supplies are beginning to arrive in the city, where survivors have no access to running water or electricity.
ABN/Adrian/Jasim/AD