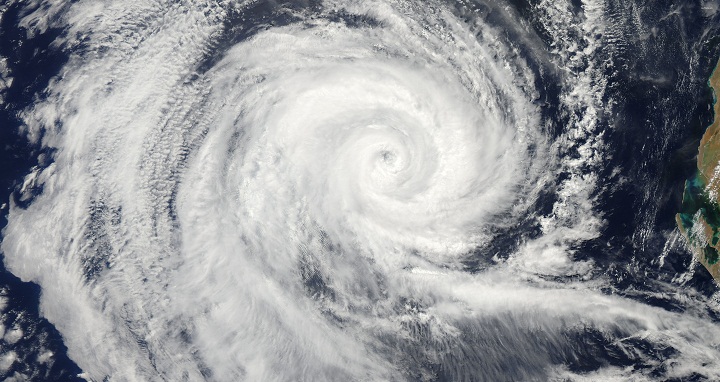 Dhaka, 10 October, Abnews: The maritime ports of Chattogram, Cox’s Bazar, Mongla and Payra have been advised to keep hoisting local cautionary signal number four as the cyclonic storm, ‘Titli’, intensifying into a severe cyclonic storm over west-central bay and adjoining area, moved north- northwestwards over the same area.
“The storm is still intensifying and it is likely to move India over South Odisha by tomorrow,” a meteorologist at Bangladesh Meteorological Department (BMD) Ruhul Quddus told BSS this afternoon.
It is also likely to recap to Bangladesh being a weaken storm, he said, adding that under the influence of the storm ‘Titli’, heavy rainfall is likely to occur in the south region of the country.
The severe cyclonic storm ‘Titli’ over west-central bay and adjoining area moved slightly northwards over the same area and was centered at 12 noon today about 910 km southwest of Chattogram Port, 870 km southwest of Cox’s Bazar Port, 775 km southwest of Mongla Port and 780 km southwest of Payra Port.
It is likely to intensify further and move in a north or northwesterly direction.
Maximum sustained wind speed within 64 km of the severe cyclone centre is about 90 kph, rising to 110 kph in gusts or squalls. Sea will remain very rough near the system centre.
All fishing boats and trawlers over North Bay and deep sea have been advised to remain in shelter till further notice.
ABN/Adrian/Jasim/AD