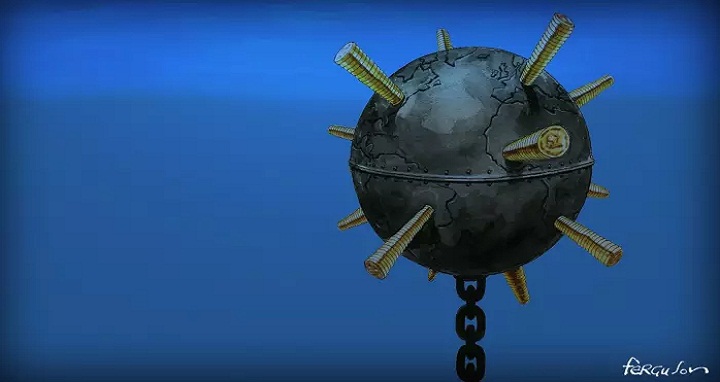 Miranda Green: Even after adjusting for credit booms, the IMF's latest World Economic Outlook demonstrates just how deep, damaging and widespread were the effects of the financial crisis of 2008. In this week’s column Martin Wolf reflects on the Fund’s analysis about the contagious damage: “This was a western financial crisis but it was a global economic crisis.”
Policymakers face three tasks, Martin argues, if they are to avoid a repeat: to normalise monetary policy in a debt-laden world; to devise policy options to respond if it happens again, now that the obvious options have been exhausted; and to adapt to the political aftermath, including the decline of the west and the rise of demagogues the world over.
And what is the main lesson to draw from the last decade’s troubles? “We must ignore bankers’ bleating against regulation.”
John Thornhill advises Silicon Valley to earthquake-proof its businesses
Brooke Masters believes that Pret’s mishandling of the allergy issue leaves it vulnerable
Sarah Gordon sees life after Brexit for the British countryside
Lloyd Green finds partisan divisions igniting ahead of the US midterms. – Financial Times
ABN/Adrian/Jasim/AD