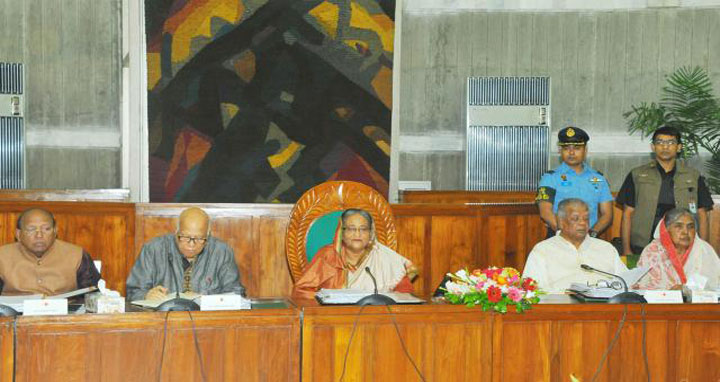 Dhaka, 15 October, Abnews: The cabinet today approved in principle the draft of “The Broadcast Law, 2018” aimed at bringing discipline in broadcasting through formation of a commission.
“The aim of enacting the act is to mainly bring discipline in broadcasting,” Cabinet Secretary Mohammad Shafiul Alam said while briefing reporters after the cabinet meeting held at Bangladesh Secretariat with Prime Minister Sheikh Hasina in the chair.
He said licenses will be required for broadcasting and there will have a commission for it.
The cabinet secretary said if anybody continues broadcast despite being disqualified by the court for running it for perverted mentality and bankrupt, he or she will have to suffer maximum seven years jail or pay fine of Taka 5 crore or both the punishment.
Alam said the cabinet also okayed in principle “The Mass Media Employees (services condition) Law, 2018” with a provision for ensuring wage board for the employees of all media, including television channels. - BSS
ABN/Adrian/Jasim/AD